Hey, hey everyone! I’m glad to be back again with another episode of the “Spark of Hope Podcast!” On this episode, I interviewed my very good friend and fellow prequel lover, Britt! We chat about Star Wars (of course), our love of tea, our Star Wars Celebration adventures, and mental health. Britt is an avid film buff and photography student up in Canada! We first met virtually in 2015 and got to meet in person at Star Wars Celebration Orlando. She has been an amazing and supportive friend throughout the years and I’m so glad Twitter brought us together! I hope you enjoy our episode!

On this episode, I interview a new “virtual” friend of mine, David Ian Lee!  We connected in January because our mutual friend Rachel (who you’ll remember from my last episode) put together a Zoom reading of the sequel trilogy.  It was a fantastic time and it led to David being on this episode, which I’m incredibly thankful for.  We had an amazing chat about David’s life and how Star Wars impacted him throughout the years through theatre, teaching, and so much more!  I learned so much from David and I hope you do too.  Check out his bio and pictures below!

Thank you for listening and as always, I hope you enjoy this episode!

~”There’s something to be taught about community and sacrifice and service and that we each have a responsibility to carry the torch when that is our time.”

~”But it was this moment of this thing brings me absolute joy.  In a world that really wants you to feel as little joy as possible it seems, why deprive yourself of the things that bring you joy.”

~”In our time of crisis, Grogu will set us free.”

David Ian Lee is a freelance actor and director who has worked in New York for companies including The Pearl, Manhattan Theatre Source, Boomerang, and Flux Ensemble, for regional theatres including Actors Theatre of Louisville, Milwaukee Rep., and Nashville’s Pipeline-Collective (where he serves as a Producing Artistic Director), and classical companies including New York Classical, Arkansas Shakespeare, Illinois Shakespeare, and Utah Shakespeare. He is an internationally produced playwright, with productions of his work in Canada, South Africa, Scotland, and Greece.

A graduate of the William Esper Studio, David received his MFA in Directing from Illinois State University. He serves on the faculty of the Theatre & Dance Program in the Department of Communications at Tennessee State University, one of several institutions where he has offered his master lecture “Theatre, Criticism, and Star Wars”; he has also offered this content as a semester-long special topics course at universities and as a weeks-long enrichment course for gifted young learners.

In 2019 he was proud to direct a benefit production of A Very Special Live Staged Reading of the Star Wars Holiday Special: Live, on Stage… and Special!with all proceeds going to the 501st Legion Make-a-Wish Endowment Fund.

Favorite credit: Father to Beckett Harrison Lee, on which he collaborated with his wife, Karen.  For more information visit davidianlee.com and Pipeline-Collective.com.

After a little haitus… Spark of Hope Podcast is back!! On Episode 9, I chat with my friend Rachel. We know each other through our local community theatre, but we also connected through our love to Star Wars! During this episode we chat about theatre, Star Wars, and most importantly, VOTING!

Thank you for listening and as always, I hope you enjoy this episode!

You can find Rachel on social media through the links below:

Hello, everyone!  Welcome to the 7th Episode of the Spark of Hope Podcast.  In this episode, I sent a call for help!  As the last movie of the sequel trilogy and the end of 2019 arrives, I wanted to do a collaboration with other Star Wars fans to express how we are thankful for Star Wars!

A huge shout out to Sandra, Kay, Eve, Andrew, Barb, Steve, Vani, Ally, Carl, Jessie, and Rachel for participating in this episode!

I’m back!  I know it’s been a while, but sometimes life just gets in the way.  I wanted to take a moment to actually talk about the biggest challenge I’ve gone through in my life, being diagnosed with breast cancer three years ago.  So here’s a solo episode about my journey and of course there is talk of STar Wars!

P.S. The outro music is a special version of my theme music…

Episode 5 is live!  And Eve is striking back!  In this episode we chat about every day struggles.  Lately, I have personally been dealing with a lot of fatigue, not feeling motivated, and working on my relationship with food.  Eve and I dig deep into these issues and how we deal with them.  Plus, we chat about the upcoming Star Wars Celebration in Chicago and positive opinions about three Star Wars topics!

Here is a little bit more information about Eve:

“Eve, the co-host whose name isn’t really Eve, loves long twitter threads, silly memes and inside jokes. The Empire Strikes Back, Luke Skywalker and Darth Vader are her absolute favorites. When she’s not geeking out on the internet, Eve writes and takes photographs professionally in a cozy Pennsylvanian suburb.”

HAPPY NEW YEAR! 2019 has finally arrived and so has Episode 4 of the “Spark Of Hope Podcast!” On this episode, I interviewed Neil Lowery. Neil is from England and has been a Star Wars fan since he first saw it in London in 1978. He is active on Twitter as “neil positive” and that is where I first met him. On this episode, we discuss how he has dealt with his learning disability and recent health issues as well as his love of Star Wars and how it gets him through those challenges.

Neil is a positive force in the online Star Wars community and I hope you enjoy our conversation!

You can find Neil on Twitter @LoweryNeil, on Facebook as Neil Lowery, and on Instagram @positivity_one. His podcast is called “Cloud Car Co-Pilot” and you can find it on iTunes and Anchor. 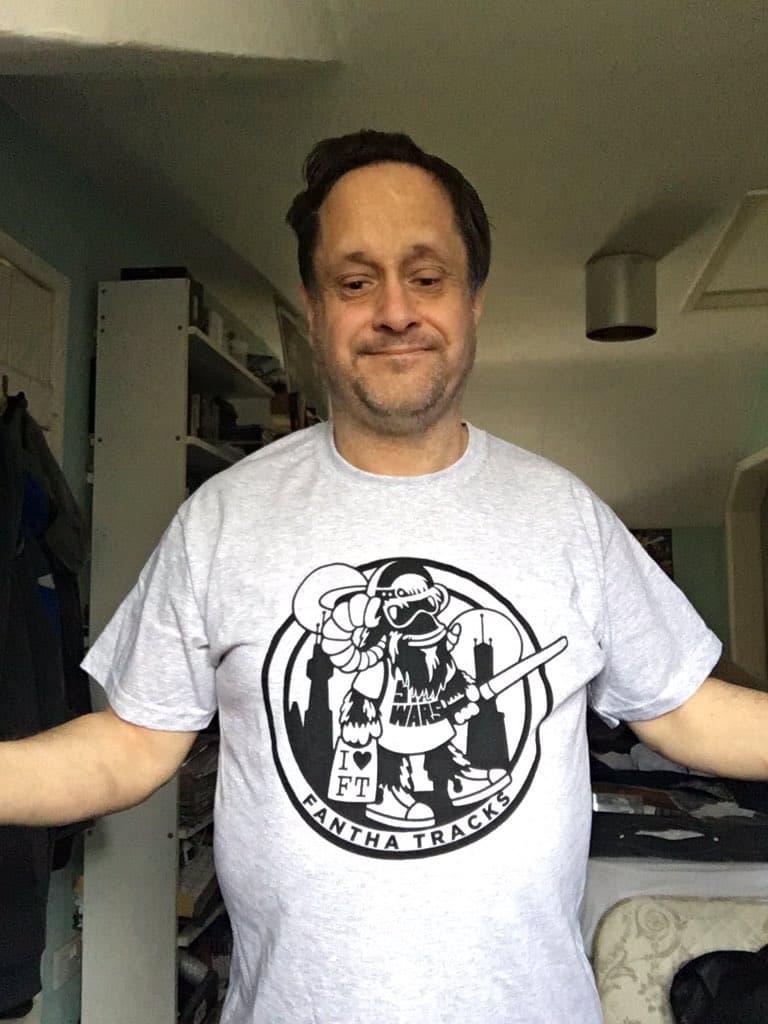 Episode 3 has finally arrived!  On this episode, I interviewed Sandra.  Sandra is an educator and the social media manager for the Fangirls Going Rogue podcast!  We chat about how she became a Star Wars fan, how she uses Star Wars in the classroom, how she has dealt with the passing of her mother two years ago, and how Star Wars connects us all!  So, sit back and enjoy the show! 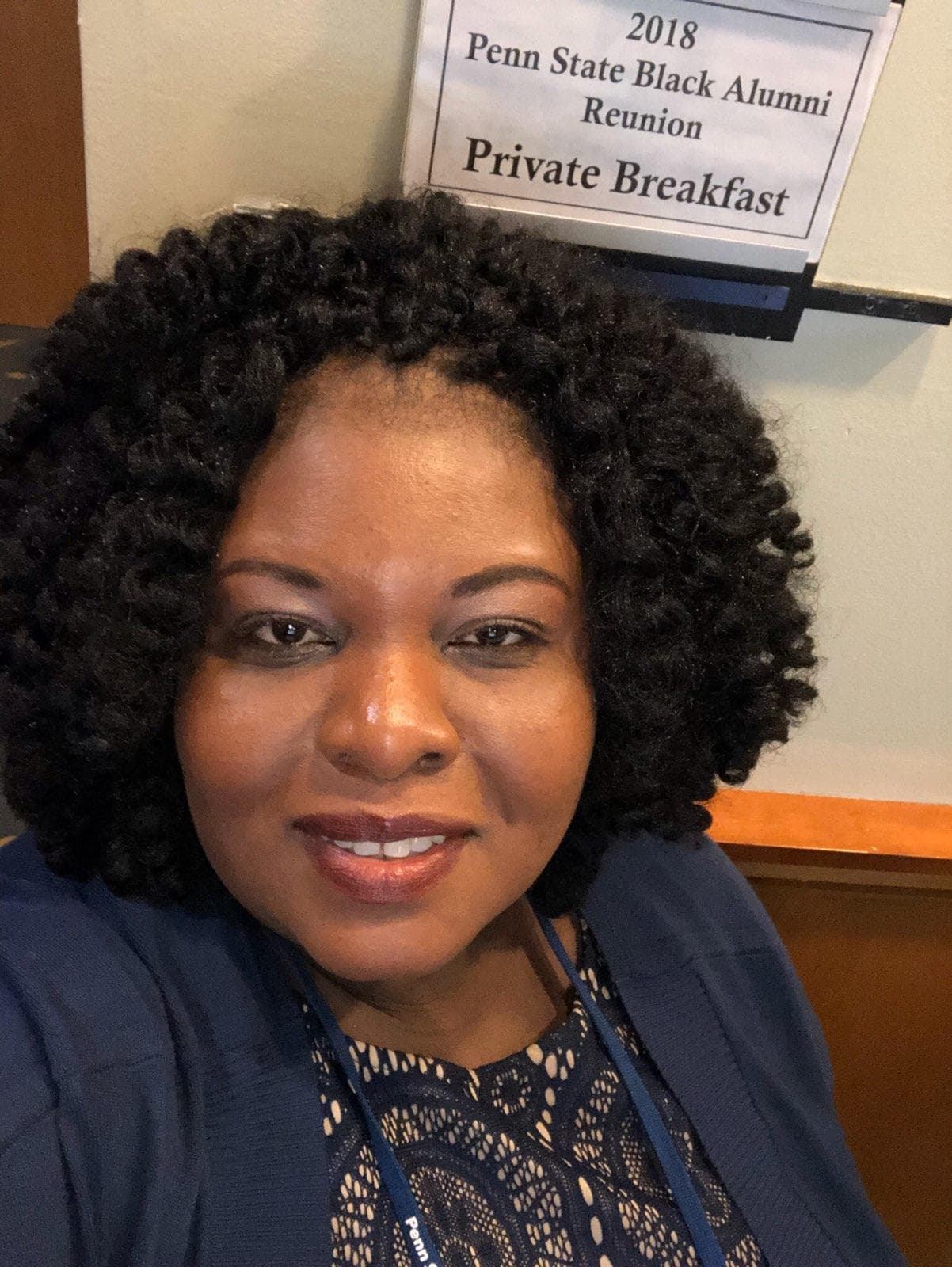 Here is a little bit more information about Sandra:

And now, presenting the second episode of the “Spark of Hope” Podcast!  On this episode I chatted with my friend Michelle, who is incredibly inspirational.  She has gone through so much in her young life.  She talks about being born in Tokyo, Japan and moving to the states, dealing with the death of her father, finding a new career, accepting what has happened to her, and so much more. You’ll also find out how she really feels about Boba Fett and Return of the Jedi!
#NeverTooOld  #ListenToThePositive  #DoGood

Here is a little bit more information about Michelle: 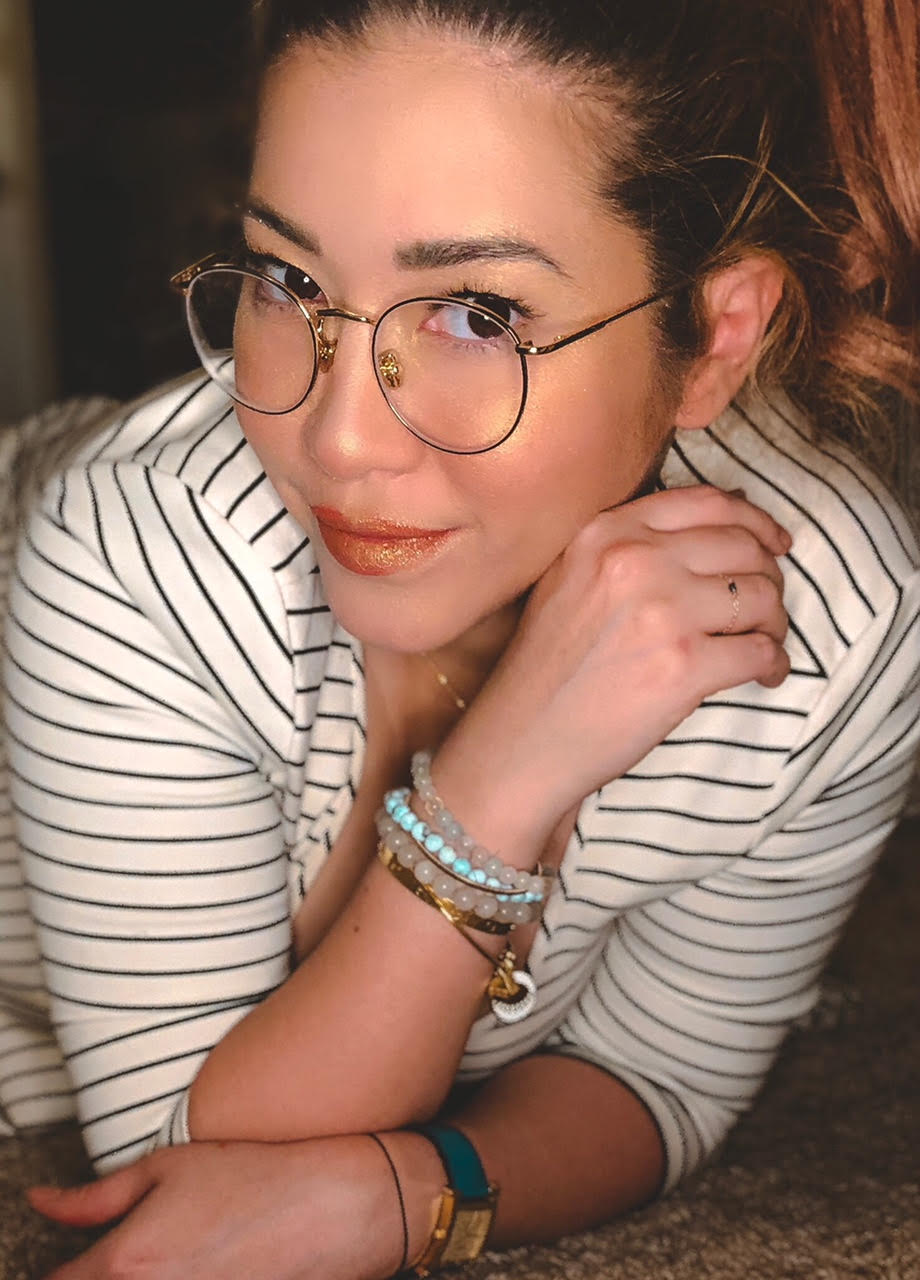 Michelle loves books, naps, puppies, pizza, and gifs of puppies eating pizza. She founded the @travelingbooknerds bookstagram, where she shares creative bookish photos to over 10K followers. She has contributed creative non-fiction to Rebelle Society, and is currently workshopping her first novel at the Writing Pad. She lives, writes, and photographs her book collection in West Los Angeles with her two chihuahuas-mix rescues, Halston Rose and Kennedy Eastwood, who is actually half porg, half Yoda.

Hello and welcome to the official website of the “Spark of Hope” Podcast!  I am your host, Megan Cullinan!  This idea has been simmering in my head for about a year and I’m so happy that it is finally coming to fruition!

The reason I wanted to start this podcast is to interview amazing people who have been through really incredible or difficult situations in their lives but have found a way to persevere and thrive through those obstacles AND who have found inspiration through Star Wars!  I want to talk to people who have also found a way to spread hope and positivity to others in their life and to the fan community.  I myself am a HUGE fan of Star Wars and I’ve had a pretty incredible journey these last two years.

In August of 2016, I was diagnosed with breast cancer and it changed my life.  I’m in my mid thirties and it was a complete shock as I didn’t have any family history and considered young to have developed cancer. I am so happy to say that I am now cancer free, but my journey getting there wasn’t easy.  But staying positive and hopeful was something that truly helped me get through that journey. And Star Wars was something that taught me that. Last year, about two thirds of the way through my treatment, I started a blog inspired by my cancer journey and I used Star Wars to help format my blog called “I Rebel: My Cancer War.”  This podcast also grew out of that. My whole reason for starting my blog was to help people get through difficult situations and find hope through those dark times. The name of this podcast is taken from a line in “The Last Jedi” opening crawl: “Only General Leia Organa’s band of RESISTANCE fighters stand against the rising tyranny, certain that Jedi Master Luke Skywalker will return and restore a spark of hope to the fight.”

To me the Spark of Hope was about finding the spark inside yourself to create something better, much like Rey did in “The Last Jedi.”  You see that in Leia and Luke and Padme and so many other characters throughout the series. And I don’t want to limit this podcast to just Star Wars fans as many of us are fans of so many other fandoms.  So we will be chatting about lots of great stuff!

I hope you will fly with me on this amazing journey!  Stay tuned for my very first episode coming out soon!

“We are the spark, that will light the fire, that will restore the Republic.” Vice Admiral Amilyn Holdo – Star Wars: Episode VIII – The Last Jedi

Follow Spark Of Hope Podcast on WordPress.com
My Tweets